What would happen if the race that God held at one time to determine the order of the Japanese zodiac animals was repeated?
The plan was to conduct a race among a total of 13 types of real animals, including the twelve Japanese zodiac animals and the cat that was tricked out of selection by the rat, and divide a prize of 300 million yen among the prizewinners for predicting the order of arrival.
The users' predicted orders of arrival were reflected in real time on a special website. The introductions of the racing animals, which imitated the cover of a sports newspaper, and the content involving the predicted orders of arrival by knowledgeable people were talked about in social media and served the role of increasing the motivation of users to participate and vote. 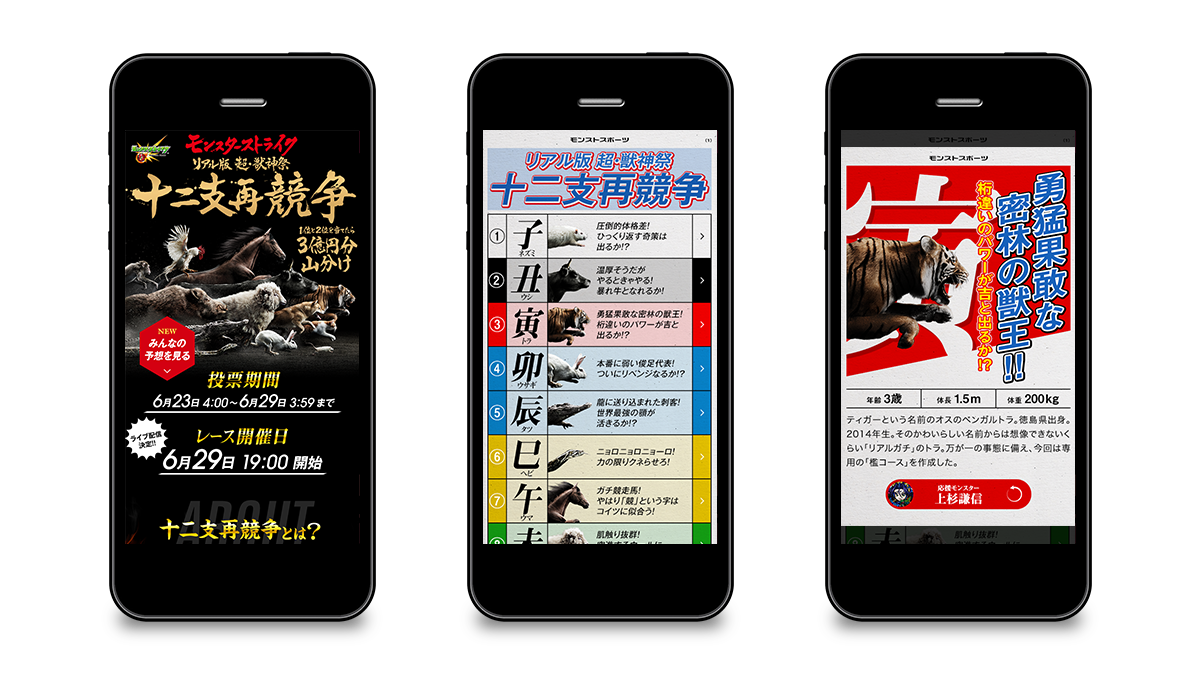