Portal site for the "GRAVITY DAZE" series of games for the PlayStation 4.
As it would be made public at the same time as the big news of the HD remaster of the previous game, "GRAVITY DAZE HD," and the development of the new game, "GRAVITY DAZE 2," we planned and developed a site that could rapidly aggregate a variety of information about this series of games being released in succession. While ensuring updatability on the design side, we created a presentation that would fully bring the game's worldview to life, with dynamic use of visuals and detailed production that would stoke the expectations of the fans who would be using the site. 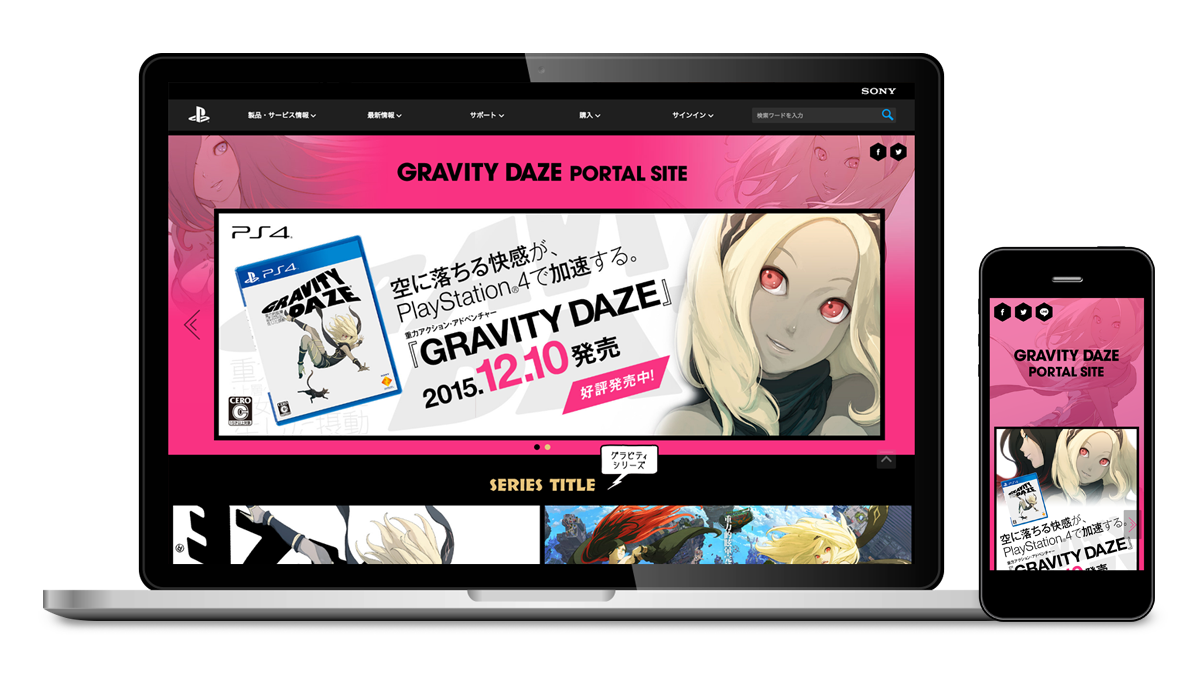 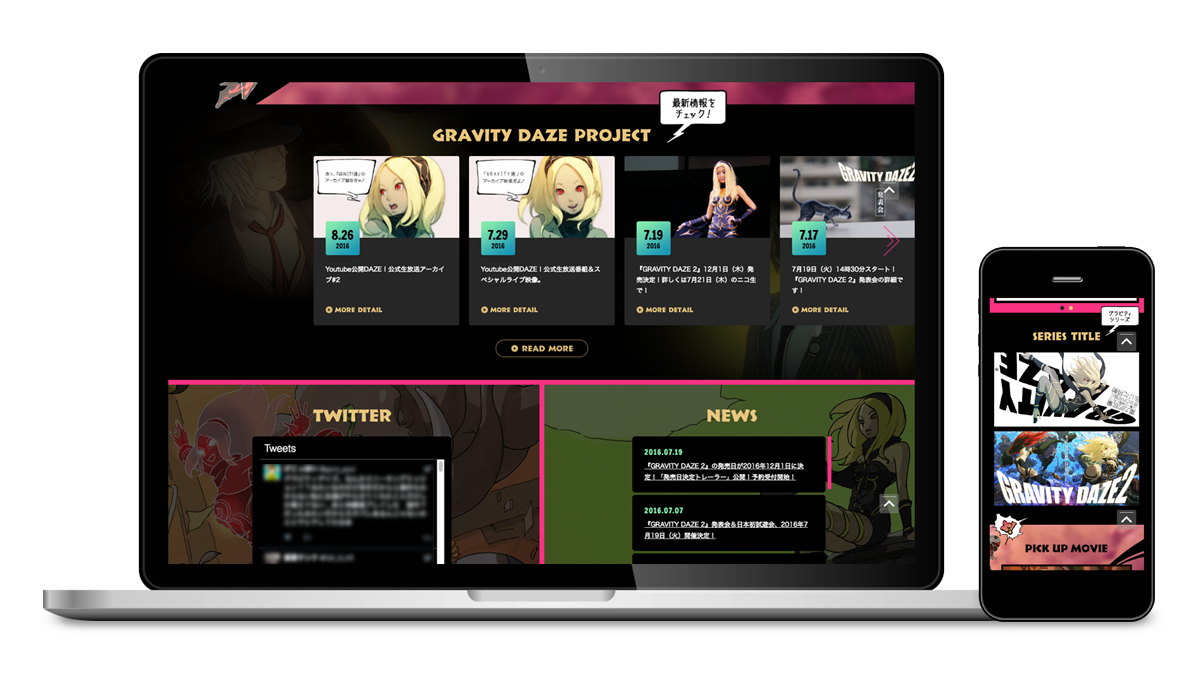